I learned on Saturday that my friend Ben Horne and his climbing partner Gil Weiss died in a mountaineering accident after a successful first ascent of a route on the south face of Palcaraju Oeste in the Cordillera Blanca near Huaraz, Peru.

Ben and I went to high school together. We were friendly, but I can't claim to have been incredibly close back then. After graduating I quickly realized the error in my ways, and we got together to share adventure stories a handful of times. I liked to point out the similarity in the paths our lives took--we did the same stuff, just in a different order. Immediately after high school, I spent two years living abroad in South Korea; after college Ben spent two years living abroad in the Peace Corps in Kyrgyzstan. He thru-hiked the AT, and when I got back from my two years in Korea, our mutual friend SC told me that Ben had thru-hiked the AT, and that I should read Bill Bryson's Walk in the Woods. I'd always thought about doing the AT, and realizing through Ben that now was the time, I thru-hiked a year and a half later. We both traveled internationally--by going to Pakistan, I've been to the only -Stan Ben never visited. When I was in the dumps early in grad school, I thought seriously about the Peace Corps, and had a tentative appointment starting October 6th teaching math in sub-Saharan Africa. My adviser decided to send me to Africa instead. While I was there, Ben decided that he too would earn a PhD in economics, and he was particularly interested in UC Berkeley because of its strengths in psychology and economics and game theory. Unfortunately for me and everyone in the East Bay who didn't get to enjoy his presence, Ben ended up at UC San Diego. We managed to get together a few times, and he'd tell me about his amazing mountaineering, and I'd tell him about my long-distance hikes and ultra-marathons.

In 2009 I told Ben I didn't like sprinting like he did, because if you ran 400 meters all-out, sure, you couldn't turn around and run it again just as fast, but you could turn around and run it. After 100 miles, I'm pretty sure I couldn't turn around and run another 100. I like that sense of pushing my limits. Ben replied that he didn't think it would be as fun to be giving anything less than your best for so long. He liked that sense of pushing his limits. A year or so later Ben ran his first ultra, doing R2R2R with his friend Tim Ray, and they were both hooked. TR here. Spring of 2011, we met up in eastern Washington and ran the Badger Mountain Challenge 100-mile race. This was my third 100, and Ben's first. This was also the inaugural BMC, and the race proved to be extremely poorly organized. My response was to call the race director an idiot and pull myself out after 24 hours with 5 or 10 miles left even though I felt fine, because I didn't think the race deserved it. Ben's response was to power through and make his original goal, finishing in just under 24 hours. What a fucking stud.

Ben's ability to wreck himself during competition was unsurpassed in anyone I've met. It reminds me of Jure Robic, the Slovenian soldier who won the Race Across America 5 times, and would pretty much go insane in the process. A couple months after Badger, I went down to San Diego to run the PCT 50. Ben had signed up for the race, but had still not recovered from his all-out effort at Badger, and he didn't want to hurt his performance in the Leadville 100 later that summer, which he and Tim planned on running, so he withdrew. But instead he introduced me to Tim. Being new to ultras, they grilled me about nutrition and pacing and gear and everything (for anyone who's curious, I don't really have much advice to offer--practice in the same conditions your race is in, eat a lot, take salt tabs, and just keep going.) The next day, Tim and his girlfriend drove me to the race, and Tim and I ran a good portion of the race together, bonding over environmental concerns, disliking the for-profit corporate culture of triathlons, and he being a Naval Academy grad and my having had a really positive job interview there. I set a PR, and Tim finished about 13 minutes ahead of me. We drove back to La Jolla, got burritos, and sat in the Ocean. 36 hours later, Tim died of a heart attack.

Ben wrote a memorial here. He ran Leadville with some of Tim's ashes that fall and finished in 24:47 despite being levelled at one point. (Race report here.) He ran the PCT 50 this year in Tim's honor and came in second place in 7:51. (Report here.) Ben and I were both signed up for the Wasatch 100 in September this year. I'll just have to lay it out there like he would have.

I'm sure Ben had his down moments like all of us, but I'll remember him as an unfailingly positive guy. I'm such a hardened cynic that in a lot of people, I view positivity as evidence of ignorance. Not so with Ben. He'd actually done the analysis, and still came out upbeat. He was also able to disagree without being disagreeable. He took strong stances on everything from alpine mountaineering aesthetics to music to politics to international culture, but only rarely did anything come out in a way that made you think someone couldn't still be great friends with the guy. (The one exception I can recall is his distaste for John Krakauer, based partly on Ben's high esteem for Anatoli Boukreev, the Kazakhstani climber who Krakauer pretty much savaged in Into Thin Air.) Ben was probably mostly libertarian, but mostly I remember his always being on the side of the struggling little guy; he was devoutly Roman Catholic, but it bred contention neither when I was devoutly Mormon nor now that I'm devoutly atheist.

I think a friend of his put it well on his facebook wall, which is overflowing with memories from friends:

"Goodbye Ben Horne. You were always ready to fight for the things that mattered to you. You fought for free markets and for helping those in need and giving voice to the powerless. You rapped about automobile safety. You helped rescue a 50,000 watt radio station from destruction. You studied economics and set dollar bills on fire. You lived by your faith and the four pillars of hip hop and gleefully played 20 minute Merzbow noise ballads. You saw the good in people and were always ready to tangle with the man to fight for justice. One of a kind, a true mensch, I tip my hat and my 40oz to you. God bless. We'll all miss you." --AC 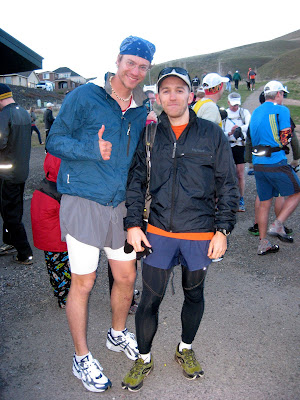 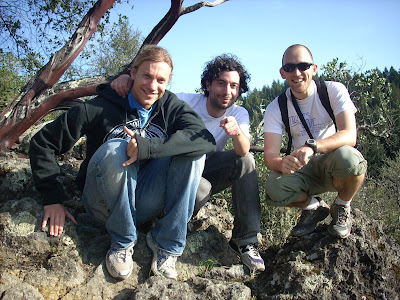 What am I even doing with my life?

Not much, is the answer. I still can't run up a hill to save my life. I tried yesterday, and every stride with my left leg hurt, enough ... 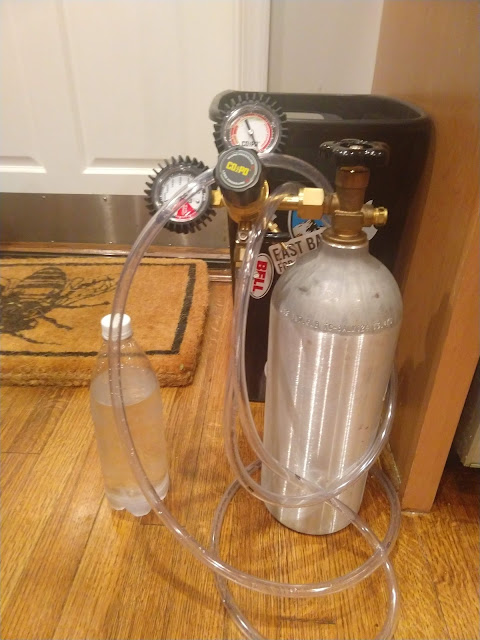